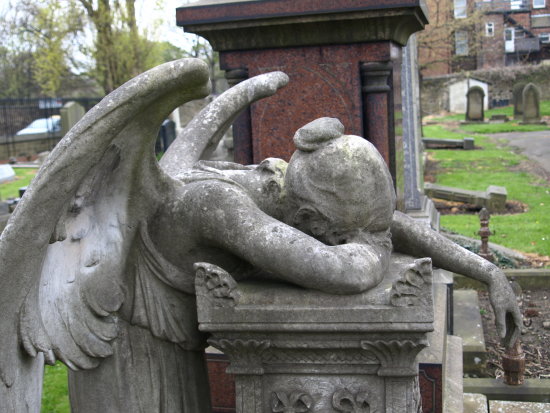 One of the side effects of having a chronic psychiatric illness is that you spend a lot of time in hospital, treatment and therapy groups.  One of the great aspects of this is all the amazing people I’ve had a chance to meet along my journey.  Perhaps the most tragic aspect of this story is the number of friends I’ve lost, when their mental illnesses became terminal.

I think it is time to stop saying “she committed suicide” or even “she completed suicide.”  It is more accurate to say things like “she died from chronic post-traumatic stress disorder,” or “she lost her battle with anorexia and alcohol addiction,”  or bluntly “depression killed her.”

I will say their names so they are not forgotten.  These women ultimately did not survive the psychiatric and health care systems.   They died as a result of complicated, layered physical and mental health problems and, in many cases, social barriers and challenges as well.  Sexual, physical and emotional abuse killed some of my friends, though they died ultimately long after the abuse ended.  Many mental illnesses do not just appear out of the blue (in fact they rarely do).  I struggle to even call many of these deaths suicide.  I’d like to call some of them murder by PTSD.  If these women had not survived gender based violence or abuse within the health care system they quite likely would be alive today.

Quite simply, if my friends had not been abused I would be talking to them today instead of writing this blog post.

This afternoon I attended a memorial gathering for Lexi.  She died about 9 months ago.  She was beautiful, talented, creative young woman.

I find myself flying back, years in the past to when I experienced my first loss as a result of mental illness….

I met Darlene on 8East at South Street hospital, it was within my first few months there.  Possibly the 3rd admission.  She just slightly younger than me, perhaps 19 years old at that time.  I remember her roommate was a young woman with bulimia who was being tube fed with limited success.  I can still remember their voices laughing across the hallway.  They were listening to Nelly Furtado, Turn off the Light over and over, singing along.  Their room was full of stuffed animals.

Like me, Darlene was also a frequent flyer at South Street hospital and later at the Regional Mental Health Care London (better known by us as the LPH).   London Psychiatric Hospital.

Also like me, I believe she had also been labelled with borderline personality disorder as a result of frequent overdosing and high utilization of psychiatric services.  She was also a patient of Dr. X while at South Street.

July 23, 2002 I received a call from Darlene.  She started saying goodbye to me and I was confused.  I asked her if she was going to visit her Mom and she said no.  I quickly realized she was speaking about suicide.  I talked to her for a while and asked her permission to call 911.  She agreed.  I ended the call and send the paramedics to her house.  She was taken to the ER.  I later learned that she ate a roast beef sandwich while waiting for the doctor.  I have often wondered if that was her last meal.  A dry, cold, prepackaged hospital sandwich.  The thought breaks my heart.

She called me from a pay phone the next morning and explained she had been admitted at the LPH.  She had been chemically restrained, with an injection in her thigh and put into an observation room overnight.  She was angry and was being discharged and wanted me to come to meet her.  I took the bus across town to the hospital and the two of us took a cab to her apartment.  It was the first time I’d been there.  I had to leave her because I had an appointment to attend.  Another friend of ours stopped by and kept her company for the afternoon.  She was a young woman, about 16 years old.  The two of them went to the park and swung on the swings together.

The next day I was not able to reach Darlene by phone.  Scared, I called 911 thinking I would send the police to check on her.  The operator asked her name and my own name and then I was put on hold.  I was confused and started to feel a deep sinking sick feeling in my stomach.  After a few seconds someone else came on the phone, I assume it was  a police officer but I can’t remember.

Sometime over the course of that phone call, or when the police officers came to my house I found out that after E went home, Darlene had returned to the Emergency Room at South Street asking for help.  She was turned away rather than being admitted.  Having had similar experiences myself, I can only imagine the staff were frustrated that she was back again so quickly.

Darlene walked a few short blocks away from the hospital and in front of a train around 8pm July 24.  She died alone, less than an hour after walking out the ER doors.  Outside of hospital staff, my friend and I were the last two people to see her alive.

This is the result of labeling someone borderline and attention seeking.

She was only a few days away from turning 21.  The system failed her.

After speaking with the police I drove to E’s house.  We went for a walk in the park by her house.  I had to tell this young woman, my friend, that her friend Darlene was gone.  It was one of the most difficult things I’ve ever had to do.  We sat on a rock in the park, crying and hugging each other.  I remember that a balloon floated by in the shape of Bert from Sesame Street.  It was a sunny day.

At her funeral, still in shock, we cried for our friend.  It was a strange service, her grey velvet casket sitting at the front of the room. There was no eulogy, no family members spoke.  The priest that spoke was a stranger and gave what sounded like a stock, religious speech.  He kept saying her name and it didn’t make sense to me. It was impossible to believe it was our friend who had died.  At the end of the service they played Angel by Sarah McLaughlan.  That song still makes me cry

I hope all of these women have found some comfort.  I certainly miss them.

When mental illness ends in suicide, a light goes out.  Suicide takes some of our brightest lights.  Grieving loss related to mental illness is complex and often not acknowledged openly by society.  I will write more about my own struggles with suicidal ideation, gestures and attempts.  I will write more about my friends.  The secrecy and stigma surrounding suicide needs to be broken in order to save lives.

“In the arms of the angel, may you find some comfort here”