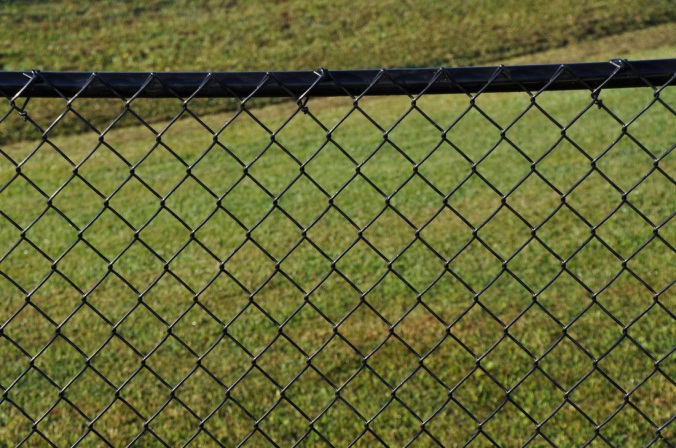 I have vivid memories from very young ages of freezing in response to stress.

I remember staying at my Nana’s house while my parents were away.  One time she got sick.  It was just her and I in the house together.  She was in the bathroom upstairs throwing up loudly. I was terrified and I hid under the dinning room table.  I remember just being frozen there and being afraid.  I don’t remember anything before or after.

Pretty much my whole life since then I’ve had a phobia and very strong panic reactions when I hear other people throwing up.  Even watching it on TV bothers me.  I did get over it to a certain extent when my kids were young, but it still makes me irrationally afraid.  Even though I know intellectually that there is nothing to be afraid of, a part of me is still that little child, hiding under the table, not understanding what was happening to her Nana, or if she was okay.

I went to a school in a fairly central part of town for Grade 1-4.  My first experience with sexual abuse happened at that school.  It was either spring of Grade 1 or fall of Grade 2.  I know because the grass was still green and I wasn’t wearing a coat.  My best friend S and I were playing imagination games together as we usually did at recess.  We used to imagine we were characters from books we’d read.  Her favourite was Anne of Green Gables.  At that time mine was Laura Ingells Wilder from the Little House series.   We had vivid imaginations and we became the characters from the books we read.

The school had a massive play yard with different sections.  Part of the yard was a large L shaped field, the furthest away from the school, pavement and climbers.  The yard monitors rarely strayed far from the pavement and climbers.   S and I were right at the edge of the yard, by the fence.  There was a small grassy hill there and on the other side of the fence was a place large enough to park a few cars.  We could see the main road just on the other side of that parking space.

S and I were playing, deep in our imagination that day.  I remember it being warm and sunny and there were dandelions outside.  Suddenly a car pulled up parallel to the chain link fence.  It was a four door sedan, I think it was burgandy or dark brown.  The door of the car opened and a man stepped out.   He was white and had dark curly hair.  I think he was wearing jeans.  The man walked up to the fence, about 4 metres down from where we were sitting on the grassy hill.  There was some weeds and tall grass on his side of the fence, the parking area was unused and mainly abandoned.

I didn’t fully understand what happened next until I was much older.  And I certainly had no idea what it meant.  What I do remember is that I was afraid and I froze.  I think we both froze.

The dark haired man undid his belt, unzipped his pants and started touching himself.   His eyes were fixed on us, staring at us with a strange look on his face.  It wasn’t a look I recognized, or one I liked.   This was a stranger, the type of stranger our parents had warned us about, but we didn’t know what to do other than wait silently.

When the man finished, he zipped up his pants, did up his belt and walked over to his car.  He looked at us the entire time.  The car was parked parallel to where we were playing.  He got into the car and he rolled down the window.  It was the 1980s and he had to crank it open.  The car started, but before he drove away he looked at us one last time.  His hands made the shape of a camera in front of his face, one finger clicking the imaginary button.  It felt like he had captured us.  Captured a part of us for himself, and I knew that it wasn’t right.  I felt dirty and afraid.

What happened next?  S went home and told her mother who called the school.  The school sent home a note saying to be alert for a suspicious person and the description was there.

Even at the age of 6 or 7 I felt ashamed and I felt I had done something wrong.  Maybe we shouldn’t have been playing there, so far away from the other kids.  Maybe we would be the ones to get in trouble.

S and I talked about this a few years ago.  It turns out she wrote a story about it at one point in her adult life.  It comforted me to know that she still remembered and that it had impacted her too.

It feels strange to write about this now, something that happened nearly 30 years ago.  What I find interesting is that my tendency to freeze as a way of coping was formed early in my life.  When I was abused as a teenager and an adult I coped in the very same way.  The first time I actually fought back physically I was 33 years old.

I don’t know exactly what makes some people fight, some people flee and some people just freeze.  I don’t know what was different about S and I, that she went home and told her mother and I don’t remember telling anyone.   This was a pattern that continued later in my life as well.  I just didn’t tell.  I froze,  I blamed myself, and I stayed silent.

Part of writing this blog is about breaking that silence.  I want other people to know they are not alone.  That they didn’t do anything wrong, even if they didn’t fight back or ask for help.

We all did the best we could to survive.