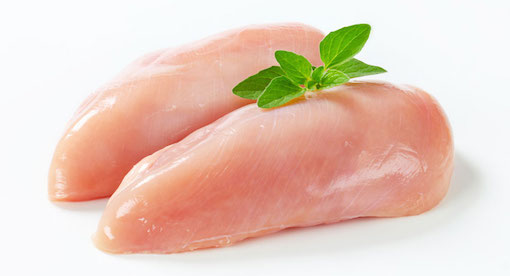 I’ve realized over the past three years that depression is often more of a secondary problem for me.  It’s very situational and very linked to PTSD.  By the time depression flares up, it generally means that I’ve been coping with PTSD triggers for too long and I’ve started to crash into exhaustion.  Depression sometimes means feeling literally nothing, while PTSD can mean feeling everything and things that are from the past vaulted into the present, clear as day.   This can be a confusing progression.

Lately it’s hard to tease out whether I have a whole host of mental health diagnosis or just one (PTSD) causing a host of symptoms.

Abuse triggers can lead to negative feelings about my body which can then trigger my good friend Ana…yes, PTSD comes first and anorexia is a symptom.   For me anorexia is mainly a series of obsessive compulsive thoughts and behaviours which are linked to extreme anxiety around changing my food rituals.   So anorexia comes first, and OCD traits follow.

When I have a lot of PTSD symptoms and flashbacks, I start to have trouble sleeping and I have vivid nightmares.  Sometimes I wake in the middle of the night to a full panic attack.  Flashbacks can lead to panic attacks during the day as well, and also to anxiety in crowds and enclosed spaces.  So PTSD comes first, and anxiety and panic symptoms follow.

At the end of the line comes depression.  DEPRESSION.  It feels so heavy.  Depression to me leads from coping to constant suicidal and self harm ideation in what seems like mere seconds.  For me, suicidal thoughts are often the first real indicator that I’ve slipped into depression again.  This may seem backwards, but for me the most severe symptom tends to come right at the start, even if I’m depressed for only a few days.

When I’m depressed I feel like I’m walking through a thick soup of fog.  Every fibre of my being hurts and feels heavy and leaden.  Sometimes I have to lie down after just showering and getting dressed in the morning because I feel too exhausted to continue with the day.  When I’m depressed I have no energy.  I want to crawl into bed and hide.  Unfortunately, I’m a single parent and I have a full time job.   It’s not an option just to crash.

When I feel out of control of important aspects of my life, I am triggered and I think about suicide.  This is the way my life is.  It’s been this way since I was 17 years old.   It’s both normal to me, and completely terrifying every time it happens.

The depression always lifts and these days it lifts more quickly than it ever did in the past.  The lights come on again, I see the world clearly and not through a haze.  I feel connected and I feel like I am competent at some things.  When I’m depressed I feel alone and I feel utterly worthless.  I feel like a burden and a problem and someone that people I know put up with, rather than care about.  I have trouble making small talk.  I spend a lot of time silent.  I feel an immense amount of social anxiety and discomfort in social situations, especially those involving food.  Depression, anxiety, anorexia, PTSD….it’s a perfect storm of misery.  I’m caught in the middle of a storm of symptoms and I don’t know when they will abate.

I’m triggered today because my daughter told me that her father’s avatar/icon for me on his phone is a piece of raw meat.  Raw chicken.   The father of my two children sees me as nothing more than a piece of meat.