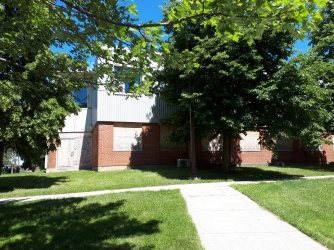 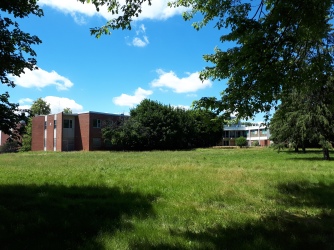 I visited another hospital where I spent time as a patient.  This is the now abandoned Regional Mental Health Care Centre, otherwise known as the LPH, or prior to that the Asylum for the Insane.  There has been a psychiatric hospital on this site since 1870.

I walked around the large property.   Back in the late 1870s, asylums were located on large properties where patients lived and worked.  This property included a farm and a separate chapel.  For a time, there was a type of treatment known as “moral therapy” which included involving the patients in activities such as farming asylum land.  This site also witnessed many tragic and scary “cures”, like surgeries and electroshock treatments.

When I was a patient at the Regional Mental Health Centre, the facility was already operating at a much reduced patient capacity.  It has now been closed altogether and patients relocated to a modern, newly built site.

This site was creepy then and it is even more creepy now that it is abandoned.  I felt the energy around the property to be cool and sinister, despite the beautiful sunny day.

When I was a patient, we used to go for walks around the property.  There are long tree lined roads, which provide shade.   There was also the abandoned insane asylum.  The new building stands in it’s shadow. 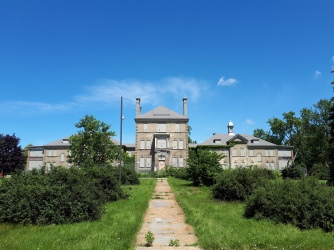 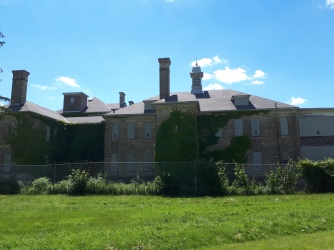 This is what the building looks like today.  10+ years ago, it was even more run down.  The ceiling was falling in.  The glass in the windows was shattered in many places.  At night it was frightening.  I imagined ghosts and spirits of dead patients haunting the property.   On this visit I noticed that the city has added a new roof and boarded up all the windows.  Today, the building looks more like a museum.   The chapel and barns have also been boarded over and trees and grass are beginning to reclaim the entire site. 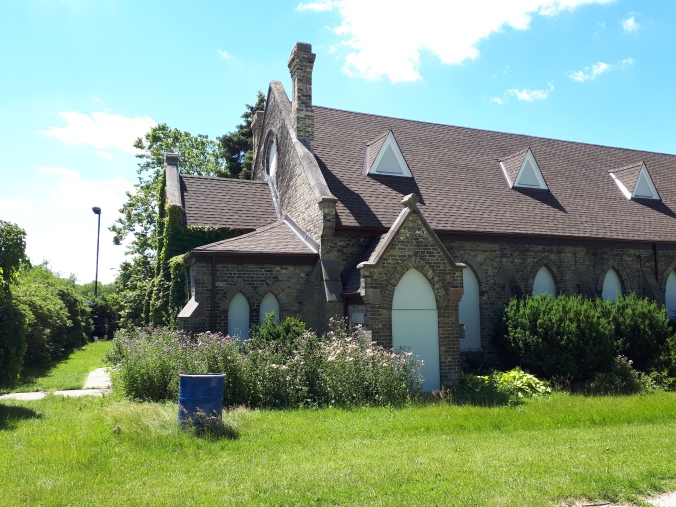 It’s strange to think that the hospitals where I was treated are now torn down and abandoned.  I wonder what will happen to the brand new build in another 50-75 years time?

The time I spent at this hospital was a turning point in my recovery.  The mood disorder specialist who treated me recognized that I was being made sicker by the psychiatric drug cocktail I was on.  He changed all my medication, and within 5 weeks I was released from the hospital a significantly more stable person.  This marked the end of the 4 years I spent in and out of hospital.  It marked the beginning of the next chapter in my life.  It allowed me to become a parent.  My mood disorder specialist followed me closely during both my pregnancies and postpartum periods.  Without him, I would probably be dead and I certainly would not be a mother of two healthy children.

I have mixed feelings walking around the site.  I’ve always been fascinated by the history of medicine in general, but more specifically the history of psychiatry.  I feel captivated by the old building, while at the same time frightened and ill at ease.  I feel thankful that I was able to get the care I needed to begin my recovery.  But I feel unsettled that I had to spend time in a place like this. 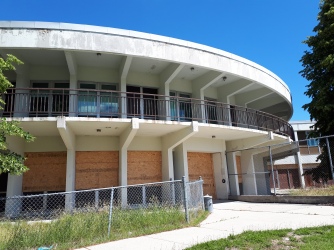 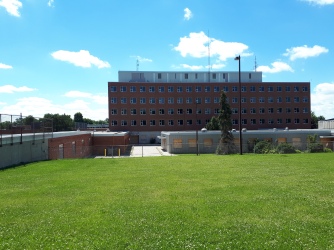 2 thoughts on “Another abandoned hospital.”