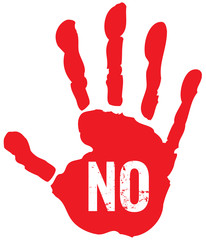 Rape culture is so pervasive and it starts impacting children in primary school.  I felt extremely triggered by something my younger daughter shared with me last week after school.  It’s been bothering me all weekend for a number of reasons.  I find rape culture upsetting.  Sometimes I just want to scream, cry and shout about gender based violence and fight against it.  Other times I’m exhausted, burnt out, spent from trauma and secondary trauma and I want to curl up in bed and hide from the world.  Just take it.  Just let it all happen.  Just zone out and give up.  Because I can’t fight rape culture alone.  It’s too big and I’m just one individual person.

My daughter knows that this behaviour is wrong.  She was upset about it which is why she told me.  We talked about consent.  We talked about bystander intervention and the difference between tattling and telling to get help.  She told me she might talk to a teacher she trusts on Monday.

I’m triggered for a number of reasons.

This type of behaviour shows just how young the messages of “boys will be boys” and “boys chase girls because they like them” etc.  are ingrained, in students, and teachers don’t question them.  My daughter consistently tells me that teachers don’t intervene in situations like this, instead telling the kids to sort it out themselves.  This tells me that the school isn’t teaching consent culture, nor are they valuing bystander intervention, nor are they clearly teaching and demonstrating the difference between tattling and telling.  These are important skills in combating rape culture, preventing sexual violence and helping stop sexual assault in situations where risks occur (i.e bystander intervention).

Though I was very glad my daughter hadn’t experienced this unwanted behaviour, it also drove home a very clear message that women and feminine presenting folks are the main targets of rape culture.  Because my daughter socially transitioned this year, her friends still perceive her as a boy, thus they do not target her for this type of sexualized bullying.  She exists in an in between space, not perpetrating the violence and not yet suffering it either.  Though she does experience some bullying related to being trans or being different, because the kids don’t yet perceive her as a “real girl,”  she is not yet a target for the unwanted sexual bullying.

As adults, role models, mentors, parents and teachers, we can root out rape culture.  We can fight it at the roots by doing primary prevention.  Teaching consent culture to young boys and masculine folks.  Teaching bystander intervention to all kids.  Teaching young girls and women to build each other up, support each other and look out for each other.

I can be a radical feminist.  I can be a social justice advocate.  I can fight to end gender based violence until my last breath.   But very little will change, if young boys are being implicitly taught that humping young girls against a school yard wall is acceptable behaviour and young girls are being taught that nobody will stop it from happening.