I sometimes feel like I should earn a medal, or level up in my feminism, when I try to talk about anti-oppression with people who don’t understand what privilege means.  I’m so fucking tired of being told to be “more neutral” or “less angry” when talking about the oppression I face, or while attempting to work in allyship with other groups who experience oppressions I do not experience.

Let’s be honest, no problem has ever been solved by telling a person to “calm down!”

Tone policing is focusing on the feeling tone of the individual expressing their viewpoint, rather than on the facts or content of their experience.

Yesterday I read a newspaper article about a man in my city who was convicted of sexually assaulting a 17 year old employee in his shop.  I frequented that shop regularly and knew the man.  I’d spoken to him while ordering and talked about my life, his family and the weather.  I thought he was a “nice guy.”

When I read the article I experienced a lot of feelings.  Anger, sadness, betrayal, disgust, frustration and more.  As a woman, and a survivor of sexual assault, the story impacted me personally.  I felt anger at misogyny. I felt rage at sexism.  I felt disgust at the rape culture that perpetuates stories like this one (and my own).  I felt sadness for his victim. I felt betrayal and frustration because in a small way I had trusted this man.  I felt an intense feeling that NOBODY can be trusted.

While I was angry, I texted with a male friend.  I told him about the news paper article and my feelings.   I said in anger related to the story: “men are pigs.”

And that started an EXPLOSION of justifying and defensiveness and “not all men” and comparing me to the worst type of discriminating, bigoted people.

But I also know that a ridiculously high percentage of sexual assaults are perpetrated by cisgender men…probably as high as 98-99% of sexual assaults.  I also know that the vast majority of victims of those assaults are women and gender non-conforming folks. These are facts.  I have never been sexually assaulted by a woman or gender non-conforming person.  That’s a fact.  Thus, when issues related to violence perpetrated by men come up…my lived experience, plus my factual understanding leads me to see men as the problem.

But I’m still angry.  I still have my feelings.  I still had intense feelings about that newspaper article and I didn’t want to be told to calm down.  It wasn’t the moment to start the “not all men” argument with me.  I didn’t care.

Because sexism and misogyny are responsible for the majority of the trauma in my life.

I won’t calm down.  Let me express my anger, then work to be part of the solution rather than justifying why you aren’t part of the problem. 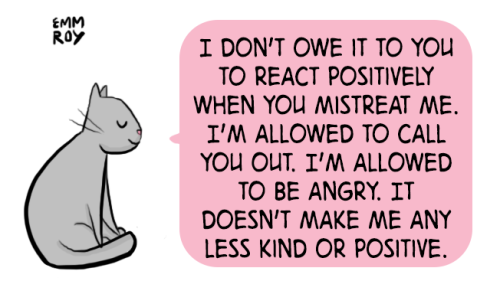